Croydon
and the Great War

After the war ended in 1918 Memorials were erected commemorating those who did not return. Details of the Croydon memorial and those listed on it can be found here. 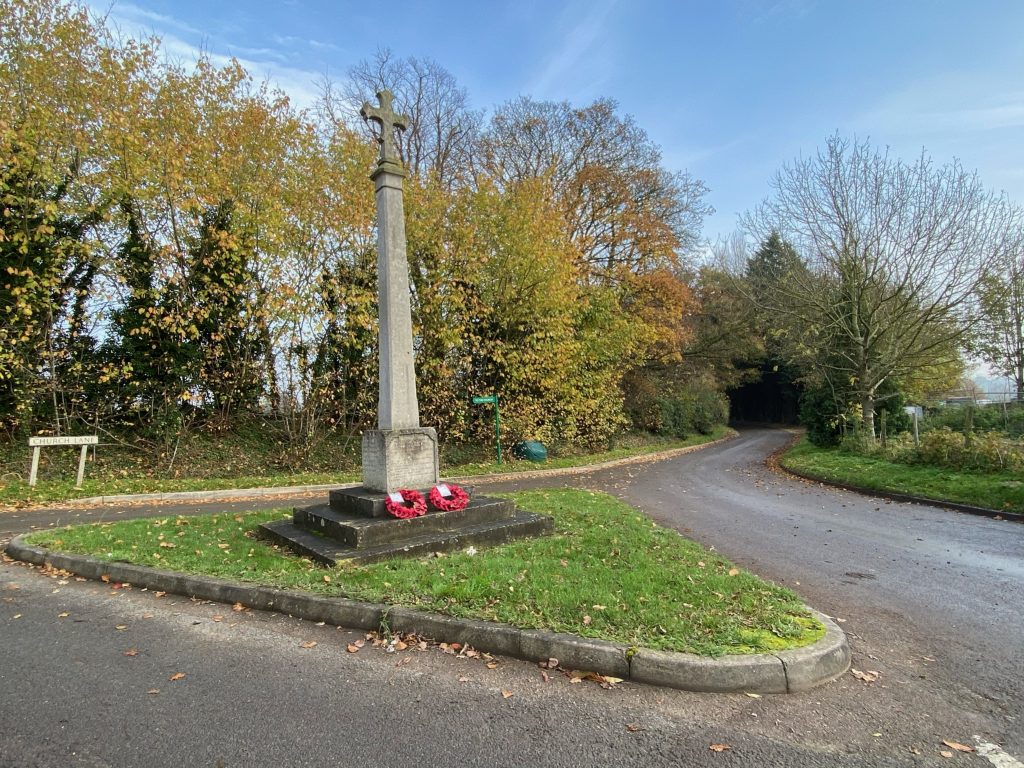 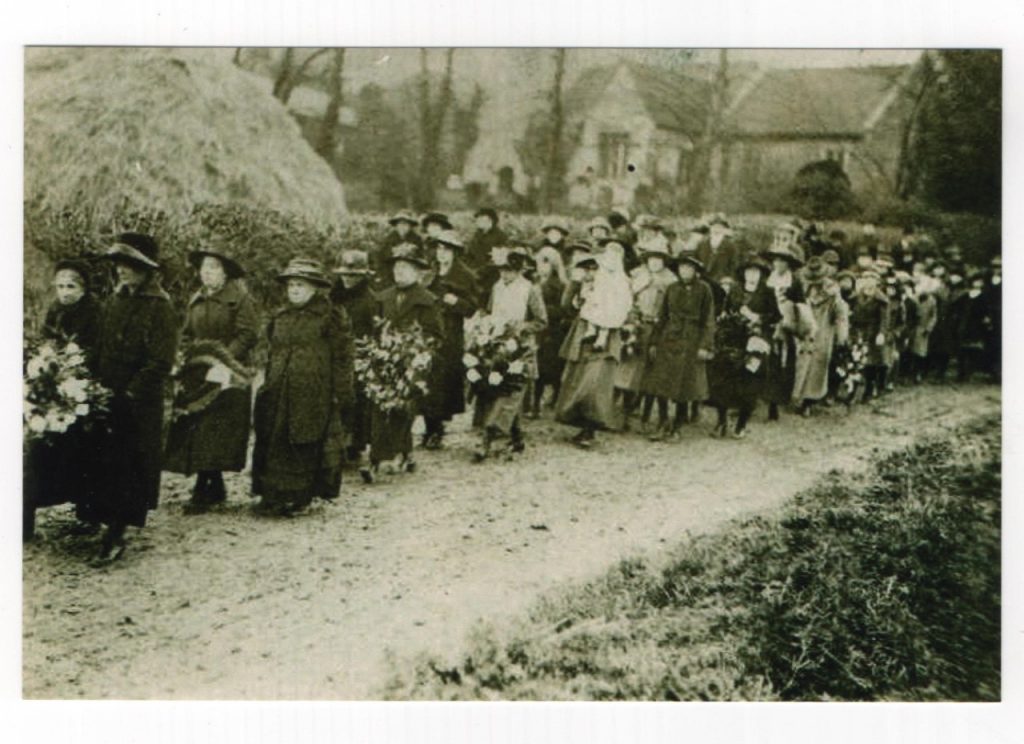 Thanks to Val Barnes for supplying the photo of the parade on the left. She writes:

“It was sent to me by a gentleman called Bryan Smith whose grandfather was Samuel Lee, who was listed on the Roll of Honour and who was PostMaster here. Bryan thought it could possibly be an early Armistice Day parade/procession. It is obviously late in the year as there are no leaves on the tree and the women (and they all seem to be women) are bundled up in their coats, coming down Church Lane, presumably from the church.

The photo was part of an article from the Cambridge Chronicle of 19 January 1922. Relatives and friends in procession from the Church to the War Memorial which was unveiled the previous Saturday.”

Looking for more in Croydon?